TRUTH IS: Psychopathy is treatable, common, and misunderstood. Stigmas are erasable. And we’re committed to changing how the world views the disorder.

“It is a different kind of abnormality from all those now recognized as seriously impairing competency… the first and most striking difference is this: the observer is confronted with a convincing mask of sanity.”

Psychopathy (sai · kaa · puh · thee) is a common mental disorder. It is characterized by personality traits that include reduced empathy and remorse, a bold and daring personality, and difficulty inhibiting behaviors.

People with psychopathy may deceive, manipulate, exploit, threaten, steal from, or physically harm others. At the same time, they may seem outwardly friendly and well adjusted. This 'mask of sanity,' described in the quote above, can make psychopathic people very hard to identify.

Psychopathic traits vary across the population from mild to extreme. In other words, psychopathy is a spectrum disorder, like other well-known spectrum disorders such as autism and anxiety. Severe psychopathy can cause significant impairment and affects approximately 1% of children and adults in the United States today.

Why is it important to know about psychopathy?

Psychopathy is a common mental disorder. At least 1 in 100 people worldwide have symptoms of psychopathy. These symptoms result from changes in the brain that impair thinking, feeling, and behavior and can lead to severe problems functioning in daily life.

Because it is so common, nearly everyone knows at least one person who is psychopathic—but may not realize it. It is a common myth that people who are psychopathic are always violent. So a person who is charming but cold, lies a lot, exploits others, and is very unreliable might not be recognized as psychopathic.

People with psychopathy also may not realize what is causing their persistent antisocial behaviors. As a result, they rarely receive effective treatments. Their families and communities often struggle to understand their behavior and to protect themselves. Teachers and clinicians may not know what interventions and resources to recommend.

These are serious problems. Extensive research suggests that people with psychopathy show opposite patterns of brain dysfunction as people who are antisocial for other reasons. Choosing the right treatment requires knowing the difference!

More widespread awareness of psychopathy would help reduce all of these problems.

Is psychopathy a diagnosis?

Psychopathy is a well established clinical and scientific term that is essential to understanding a subset of people who show persistent antisocial behavior. But at this point a person cannot technically be diagnosed with psychopathy.

This may seem surprising–many people assume that psychopathy is a diagnosis. The reasons it is not are complex.

The main reason is that the term psychopathy is avoided in diagnostic manuals like the Diagnostic and Statistical Manual (DSM-5) that are used to diagnose mental disorders. The DSM-5 contains related diagnoses, including Antisocial Personality Disorder (ASPD), which was originally intended to be similar to psychopathy.

But for reasons unrelated to science, the criteria for ASPD were changed over the years to reduce the emphasis on personality traits like callousness, remorselessness, and narcissism and focus almost completely on observable behaviors. This made the diagnosis less useful, because there are many different reasons for frequent antisocial behavior, only some of which are related to psychopathy.

Why is the term “psychopathy” not included in the DSM-5 and other manuals? In part it is because some view psychopathy as too stigmatizing a label. Others worry that clinicians could not be expected to accurately assess traits like callousness.

But psychopathy is a term widely used by scientists. And it can be reliably assessed using several available screening instruments. Results from these instruments can be used to guide treatments that can improve symptoms.

Are people with psychopathy always criminals? Are they always violent?

Each person with psychopathy has a different set of strengths and challenges. How well children and adults with psychopathy function in school, the workplace, and social settings varies from person to person.

Whether psychopathy results in violence versus other forms of antisocial behavior like stealing or fraud reflects a variety of factors. These include age and gender (women and girls who are psychopathic are less likely to be violent than men and boys). They also include their family, school, and neighborhood environment.

Can you call a child a psychopath?

Psychopathy is a developmental disorder, which means that symptoms appear early in life and tend to persist. The earliest risk factors for psychopathy appear as early as 2 or 3, and whether a person develops symptoms results from a combination of genetic and environmental factors. Although all adults with psychopathy showed signs of the disorder as children, up to half of all children at risk for psychopathy may stop showing symptoms by adulthood.

It is a myth that psychopathy is untreatable. Research shows that empathy and remorse can be enhanced through family and behavioral treatment. Treatment can often improve outcomes later in life for people with psychopathy. You can learn more here about treatments for psychopathy.

Psychopathy, like many personality disorders, can be difficult to treat. There are not enough treatment options for psychopathy because not enough research has been conducted on the risk factors, causes, and effective treatments.

Learn how you can support research on psychopathy that will lead to better treatment options for affected children and adults! 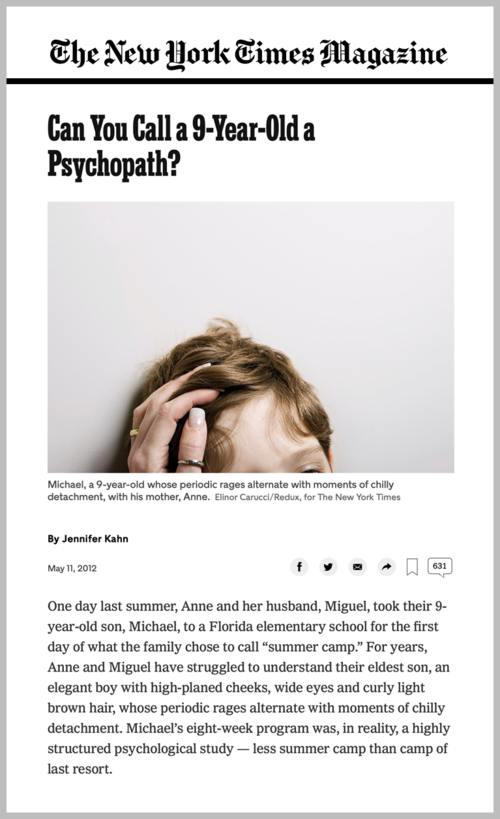 Can You Call a 9-Year-Old a Psychopath?

Clinicians never refer to any child as a “psychopath.” This is because there are no clear cutoffs for the disorder, and because a child may show symptoms of psychopathy due to unrelated factors. Children are described as having psychopathic traits or as being at risk for psychopathy.

What are the early signs of psychopathy?

What is a psychopath?

And how is a psychopath different from a sociopath?
Most of us have heard both terms used interchangeably in movies, books, and the media to describe people who engage in frequent aggressive or criminal, or antisocial behavior.

Do these two terms mean the same thing or different things? Is one of them more accepted or accurate than the other? Why are there two terms at all? 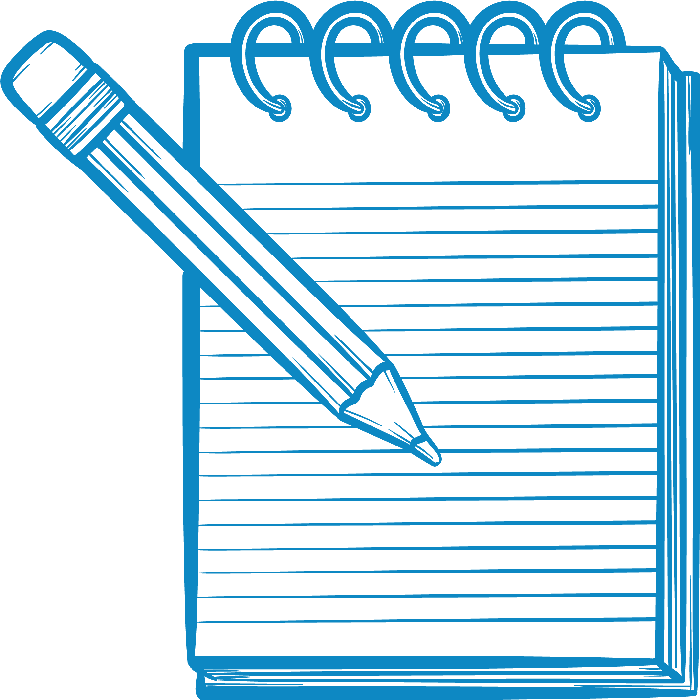 Test your knowledge about Psychopathy